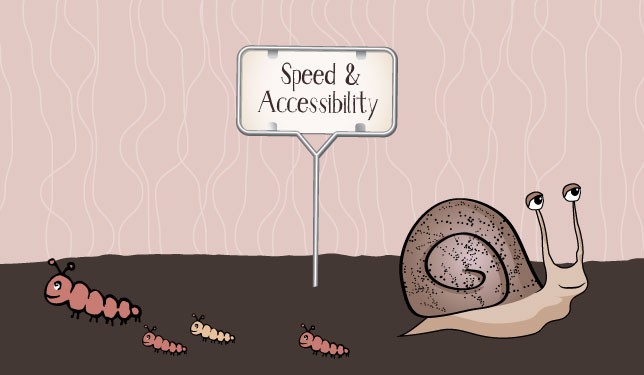 Even if you have a magnificent garden or website, if it is difficult for visitors to access, your traffic count will suffer. The goal should be to make your garden and website easy to access for everyone.

If there is limited parking and a 20-minute wait time to enter your garden, many people will simply leave. If you make it difficult for people with wheelchairs or strollers to get around, those who enter won’t want to stay. You should attempt to eliminate barriers to make the garden easy to access for everyone. However, keep in mind there are always going to be exceptions and compromises. For example, if someone wants to drive through your garden in a horse-drawn carriage, you should not redesign your entire garden to accommodate the carriage (unless of course you expect a lot of horse-drawn carriage traffic).

Page load time is a user experience issue that must not be overlooked. Your website should load quickly (within a few seconds), or most people won’t stick around long enough to see the content, no matter how good it might be. Some things that can negatively affect your site load time are the following:

The good news is that very few people still use dial-up Internet. But with the dramatic increase in mobile use, many people are accessing websites on the go from less-than-lightning-speed connections. As of the past few years, Google is factoring site speed into its page ranking formula. The faster your site, the better.

Resource: You can test your page load time here: http://gtmetrix.com

Sometimes you might have to make tough decisions when it comes to page load time and accessibility. Compromises will have to be made. For example, having a large slideshow on your home page will cause the load time to lag for slow Internet connections, but you may determine that it is worth it to have beautiful photos because they load quickly for most of your users, who use high-speed Internet. You may decide to use a specific feature on your site even though you know it isn’t supported in an older browser such as Internet Explorer 6. If the feature adds so much value in terms of function or design for the people who have more up-to-date browsers, you may decide the benefits outweigh losing accessibility for a few people.

Rigorous testing on multiple devices will help you know whether your site has issues of site speed, browser support or accessibility. When faced with an issue, look at your target audience to help determine what you should do. If you are targeting an elderly crowd or people in other countries, you may want to accommodate older browsers. If you are targeting millennials, you will definitely want to accommodate smart phones.

If you have Google Analytics or another traffic tracking program installed on your site, you can see exactly how many people are accessing your website from certain browsers or devices. This may help you make some of those tough decisions.

Websites are made up of “code” (i.e. html and php) which is not readily visible to humans. Some of this code is specifically designed for visually impaired people who use screen reading devices to read the text and certain code on a website aloud. “Alt text” and title meta tags comprise the special code used to describe image content for people using screen readers who can’t see the pictures. When uploading a photo or graphic to your website, you can add alt text and a title. When doing so, you should use keywords and descriptions that make sense for that image or page. (Many times you will use the same text for both tags.) For example, if you upload an image of a fern, the alt text and title tag might say “fern plant.” If you upload a chart with suggested watering times, the tags might say “Chart displaying a water schedule for fern plants in Wisconsin.” It will help your SEO (minimally) to use keywords in these tags, but moreover, it will help people who can’t see the images.

The Use of Flash

Once upon a time, developers built websites with Adobe Flash. Flash (formerly known as Macromedia Flash and Shockwave Flash) is a multimedia and software platform used for creating graphics, animation, games and applications that can be viewed or played in Adobe Flash Player. Flash boasts rich design tools. Developers can create very complex animations and video-like features on a website that enhance interactivity.

However, in recent years, the use of Flash on websites has plummeted, largely because the decision-makers at Apple chose not to support its use on iOS devices such as iPhones and iPads. According to Wikipedia7:

In April 2010, Steve Jobs, the co-founder and chief executive officer of Apple Inc. published an open letter explaining why Apple wouldn’t allow Flash on the iPhone, iPod touch and iPad. In the letter he cited the rapid energy consumption, poor performance on mobile devices, abysmal security, lack of touch support, and desire to avoid “a third party layer of software coming between the platform and the developer”. He also touched on the idea of Flash being “Open”, claiming that “By almost any definition, Flash is a closed system.”

A Flash website is not only “not optimized” for phones and tablets, a website built in Flash is not viewable at all on iPhones and iPads. In addition, Flash is not an SEO friendly platform. This is almost an obsolete warning, but it needs to be stated: Be absolute sure that your web developer will not be using Flash to build your website!

We’ve already talked about responsive websites in terms of design. From an accessibility standpoint, responsive design is, once again, the best way to make your site easy to use for mobile and tablet visitors. It is important to test the functionality, page load time and user interface in various browsers and on multiple types of devices. This will ensure an easy and seamless experience for the most users possible.

Choosing a responsive website versus a separate mobile website is a highly debated topic. Both options have pros and cons. Having a separate desktop and mobile site requires having separate content management, SEO, tracking and measuring. In that respect, responsive wins. That being said, there are benefits to having a mobile-specific SEO strategy, such as optimizing for keywords that are more likely to be searched when someone is on their smart phone.

At the end of the day, for SEO purposes, I recommend using responsive design because, well… Google says so.

Google recommends that developers follow the industry best practice of using responsive web design, serving the same HTML for all devices and using only “CSS media queries” to decide the rendering on each device. “Create flexible, not fixed, layouts.”

Resource: Keep up with news regarding what Google says about responsive web design here: www.developers.google.com

Until recently, this was just a recommendation. But as of April 2015, Google actually started factoring in mobile friendliness into its algorithm for page rank. When describing the effect these changes will have on mobile SERPs, the Google developers specifically said that there would be a “significant impact on search results” for websites that didn’t have a mobile friendly option.

As long as Google is recommending a responsive layout, we would tend to agree. Arguing with Google seems kind of pointless, don’t you think?

Do not use alt tags or meta data as an opportunity to “stuff” keywords just because they aren’t visible. This was a very early sore thumb SEO technique. Due to its abuse, search engines do not weight meta data and alt tags heavily when factoring in keywords for your website ranking. 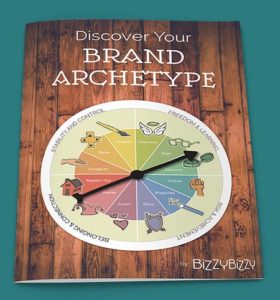